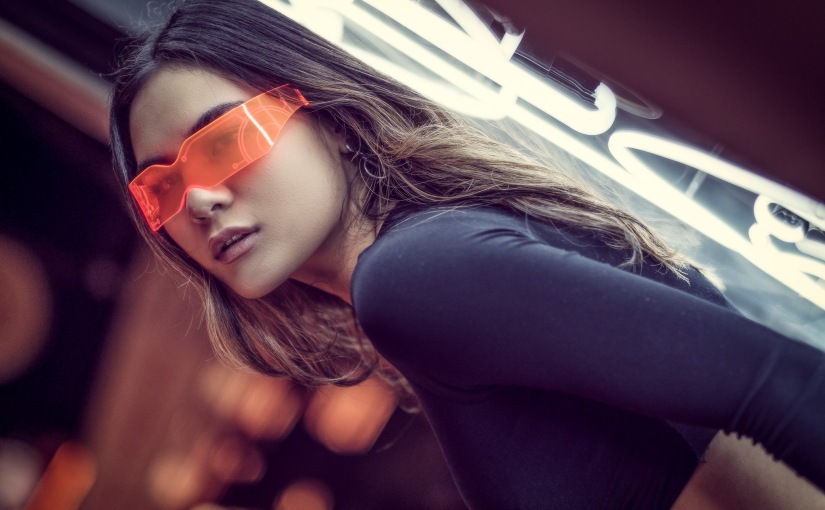 I’ve left the lens information off the description of these photos as I thought it would provide some insight into how close they are. The exif data is imbedded in the files, so I’ll let you try guess which is which.

It is guaranteed that this question is going to come up on the forums, Facebook or on my Instagram feed, on a regular basis. It is the ultimate dilemma for Fujifilm users, 56mm or 90mm? It seems to be a bigger issue with Fujifilm than I remember with DSLR land, and I am not 100% sure why. For most people then it was a choice of 85mm f/1.4 vs 85mm f/1.8 but with Fujifilm, the 90mm is so damn good that its hard to ignore.

I like to think of this as the perfect restaurant dilemma, when you go to a really amazing restaurant and all their food is incredible. Ultimately, when everything is good, you don’t know what to order and no matter how good your food is, you’ll always be wondering whether you should have ordered another meal you see get delivered to the table next door, because it looks amazing as well.

This is what the 56mm and 90mm are like. They are different, no one better than the other, so if you can afford both, save yourself the reading time, buy them both and consider this the shortest comparison article in history.

If you can only afford one, let’s move on and discuss how to make that decision.

How do I personally pick my lens?

Given I have both, it’s probably apt to describe how I pick my lens on any given day – and this is going to seem strange.

There are some exceptions to this, for example, if I’m doing a portrait shoot outdoors, I will take both. As an example, the vast majority of these photos come from a single shoot, that I used almost exclusively, the 56 and 90, with the exception of a group shot which incorporated the 9mm Laowa. 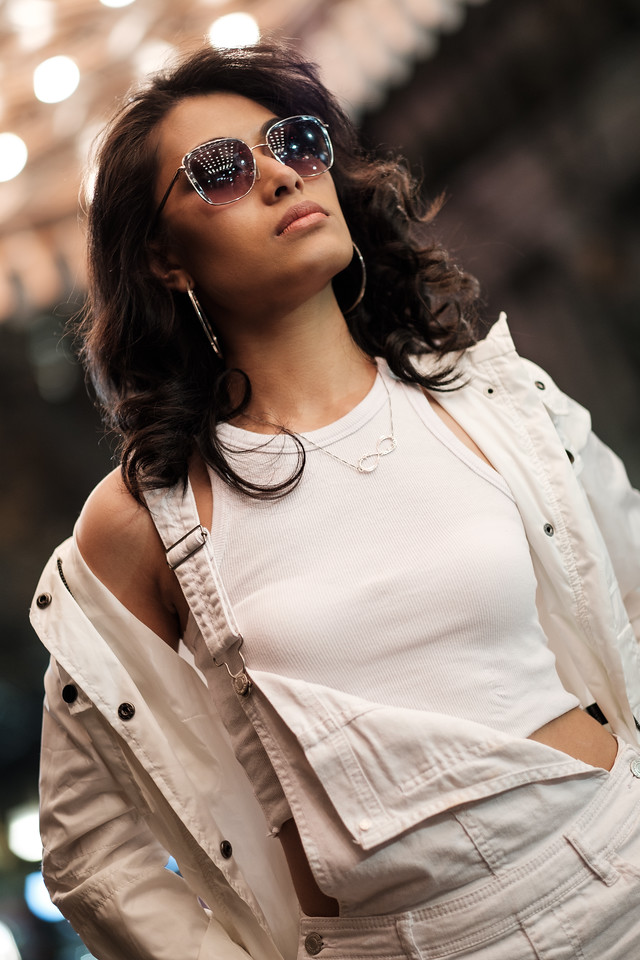 Now, that probably isn’t very helpful to you and it may seem like an overly simplistic view of the solution but that simple answer actually covers a number of reasons I’ll address below.

The focal length consideration is an important part of the indoor / outdoor equation I mentioned above. Outdoors gives you for more flexibility when it comes to focal length as you can zoom with your feet. There are very few occasions where you can have too long a focal length unless you’re looking at landscapes and neither of these fall into that category. You can move back or forward, and fix the problem.

If you are shooting indoors, the 56f1.2 is typically a better bet. You can’t walk through walls that are in the way, or at least not until someone replicates the mutant gene from the X-Men. For that reason, having a slightly shorter focal length is a safer option.

Again, back to the indoor / outdoor example, when you compare the two, the 56 will be far more suited to indoor work because it gains a couple of stops of light when shooting indoors in low light. Unless your shooting with flash, indoors typically has challenges with the amount of light available, so having access to more light is always a good thing.

On the converse, the f1.2 may seem positive, but when shooting outdoors, you can sometimes have “too much light”, forcing you to stop down to keep your shutter within the camera boundaries. This in turn can result in losing the shallow DOF you need, so being able to achieve the same or similar DOF at f2 is great.

Comparing the AF speed on the 56 to the 90 is like comparing a 90 year and Hussain Bolt running the 100m. The 90mm is a rocket, you can track sports, kids, you name it. The 56, well, you could track a snail. Yes, it’s a mild exaggeration, but they are that far removed, so if you’re planning on taking photos of the kids, or sports, the 56 simply can’t match up to the 90mm.

At the same equivalent focal length (i.e. framed exactly the same), the bokeh is actually very similar and I would have a hard time picking one of the lenses purely based on bokeh. You could try argue the technicalities of which is better, but if it’s that close, I have better things to do with my time.

If you’re a sharpness Nazi, the 90mm wins. It’s one of the sharpest lenses on the market, and it was the sharpest Fujifilm lens prior to the arrival of the 80mm. The reality is far different, these lenses are actually pretty close, and it’s only when you look at charts that the difference becomes noticeably distinguishable. Comparing sharpness on these lenses is like saying a Ferrari is more expensive than a Lamborghini.they are both damn expensive.

If you’re looking for acceptable pro grade sharpness, both lenses pass with flying colours. If you’re a sharpness Nazi that likes to compare photos of charts at 100%, take the 90mm.

If weight is important, then the 56mm is a better solution. The 90mm isn’t heavy by DSLR standards but it’s also not the lightest lens in the Fujifilm lineup. The 90mm weighs in a 540g vs 400g for the 56mm so realistically its about 25% heavier.

From a size perspective, the difference is a little more substantial. The 90mm is about 30% longer. If you have added the square hood to the 56mm like I have, this nullifies the difference as it’s not reversible, so it’s only really the weight difference. What square hood I hear you ask? The 23mm f1.4 square hood fits the 56mm and works perfectly. Have a look at my write-up for an explanation. 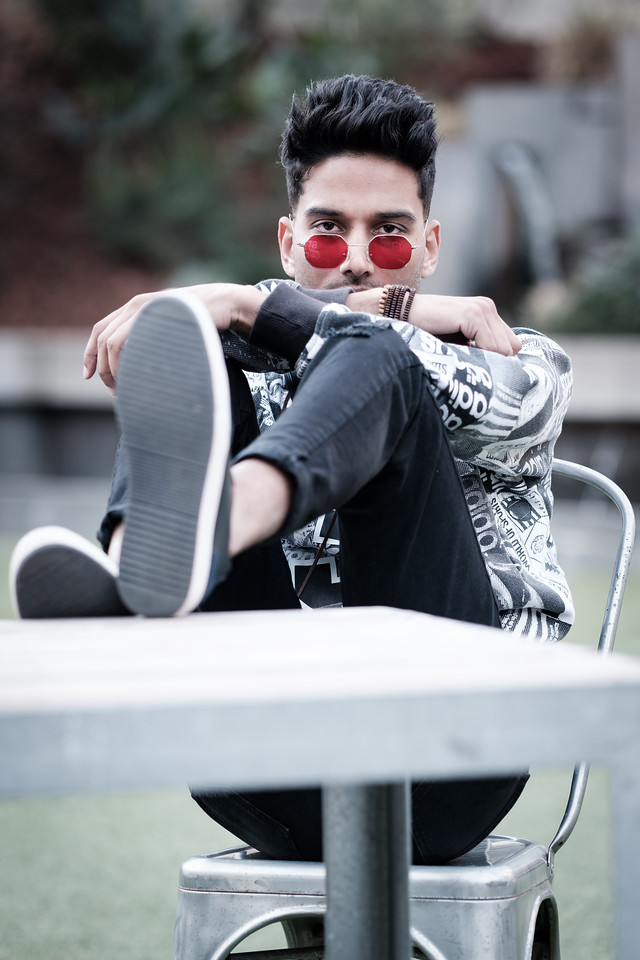 What this means is if you want to get up close and personal with your model, the 90 is going to give you that without the need to crop.

As you can see, both good, both good at the same and different things and it’s a tough choice for anyone, hence the dilemma. In a perfect world, you’d buy both, and at present I’d say they are pretty evenly matched for different things. I’d love to see Fujifilm add the quad linear motors to the 56mm as a version 3 of the lens. lt would make a huge difference, and I suspect push the scales in favour of the 56mm, but for now, it’s not a case of what’s best, but best for what?

Personally, if I could pick only one, it would be the 90mm for the simple reason that it is one of my favorite lenses for kids and I use it regularly in combination  with the 16-55mm as a two lens combo. It’s not something I’d do willingly as I still enjoy the 56mm. If I was a wedding photographer the 56mm would be my logical choice, so it really comes down to intended purpose and if it’s multipurpose, that choice becomes that much harder.