Given this blog has ended, I thought I’d put forward an alternative recommendation for those who still want regular Fujifilm content written by someone who is honest and sincere. This particular person has been a fellow contributor on the blog on a number of occasions and is someone that I have a lot of respect for.

Apart from being a Fujifilm user, he is also just a downright nice guy and to top it off, he has the new X-T3 so he should be able to provides some thoughts on it. I’ll be catching up with him on Sunday to look at comparing the X-T3 to the Sony A7iii so keep an eye out for his site in the follow up weeks to see that, or take a look at http://www.theoverratedphotographer.com to keep up with my version of the truth. If he says something different to me, he’s lying 🙂

Have a look at https://gregcromie.blog and I’d recommend subscribing, it will be worth your time.

Yeah, I know, it’s a shock. The website is after all called http://www.myfujilife.com. This will be my last post here.

I’m a happy Fujifilm user, so I haven’t departed because the grass is green on the other side. I’m not going to be negative about Fujifilm gear, I still love it. I like the retro styling, I like the aesthetics, I like the quality, I like the controls. I probably would have bought the 8-16mmF2.8 and 200mmF2.

I departed because I disagree with the way some things were handled by Fujifilm Australia and the Fuji X Aus group, so it’s a matter of principles and integrity and apparently we have different ideas of what those are. Maybe I’m wrong, maybe I’m right, I won’t go into the details as I don’t want this site to end as a bitter “he said, she said” dispute so I’ll vote with my money and make a switch to another brand. I don’t get paid to write, and I can’t write about a brand if I am not passionate about it.

I’ll leave the content here for now, there are articles that may help people and that was the original purpose, the domain is paid for so no point in shutting it down. When it expires, it will probably be outdated anyway.

I’ll still be @theoverratedphotographer but I’ll be supporting another brand with my business. I probably won’t blog about it although I will see what happens. What brand that is, is yet to be decided.

Anyways, goodbye, thanks for the ride, and thanks for all the support. Enjoy your Fujifilm gear, it’s great gear, and don’t forget to get out there and take photos.

The latest release of the X-T3 is a good and bad problem to have for Fujifilm.

On one hand they have released a camera that is likely to restore Fujifilm’s reputation after the X-H1’s release was overshadowed by Sony’s release of the A7iii. With this release, Fujifilm did a good enough job on the X-T3 to ensure that not even the release of two prominent full frame cameras from Nikon and canon could overshadow their announcement. It’s a damn good camera with very little to complain about.

This being the case, what exactly is the problem?

If you have a look at the forums, there is a consistent issue arising. With the X-T3 being so good, where exactly does the X-H1 fit it. Despite what people think, it wasn’t a video camera, it was Fujifilm’s attempt at a professional camera. The X-T3 on the other hand is a better stills AND video camera so their “high-end” camera just got overshadowed by a lower model and that is raising some heads.

The consensus from most people is simple: Fujifilm should have waited 6 months and put the new sensor in! Fujifilm knew the new sensor was coming, they wouldn’t have been developing the X-T3 blindly so I would be questioning who made the call to put that sensor in and whether there was any actual thought behind it because it could turn out to be a death nail in the X-H1 coffin.

Past decisions aside, Fujifilm have a problem to fix and they need to do it quickly. Those looking for IBIS and the new sensor won’t find it in the X-T3 and for potential switchers that may be a problem. If I was sitting on with Nikon or Canon, disappointed with the current releases, and trying to decide which way to go, Sony still has an advantage with IBIS and far better battery life and even Nikon has put IBIS in their new mirrorless. For potential switchers, this offers compelling reasons to switch and the Sony glass in the equivalent apertures (i.e. 24-70 f4 vs 16-55 f/2.8) isn’t actually much bigger than Fujifilm so the size argument is mute.

But its not only potential switchers that are confused. It’s current X-H1 owners who are scratching their heads at Fujifilm’s strategy and asking “where to now?”.

If Fujifilm continue their previous trend of releasing the X-H2 18 months after the X-T3, I won’t be a buyer of it and neither will 50% of the X-H1 buyers, so the line is essentially dead.

I have written in recent weeks about a day I spent hanging out with my friend The Overrated Photographer (Or ORP as I have come to think of him). It was a great day as we snuck into an abandoned mill in inner suburbia Melbourne and took lots of shots of various things. The factory buildings and grounds themselves were fantastic to capture and you can check out my blog about that content right here. Then, as the ORP rides a new shiny BMW motorbike, I took lots of shots of his new shiny motorbike.  And you can take a look at that content right here. One of the other things that the ORP and I took shots of was our bags. Yes, that is just how nerdy we are. We photographed our bags.

Fujifilm’s people with cameras has come and gone for 2018 so I thought I’d put my thoughts together on this years event which was held in Docklands, Melbourne on the 1st September. 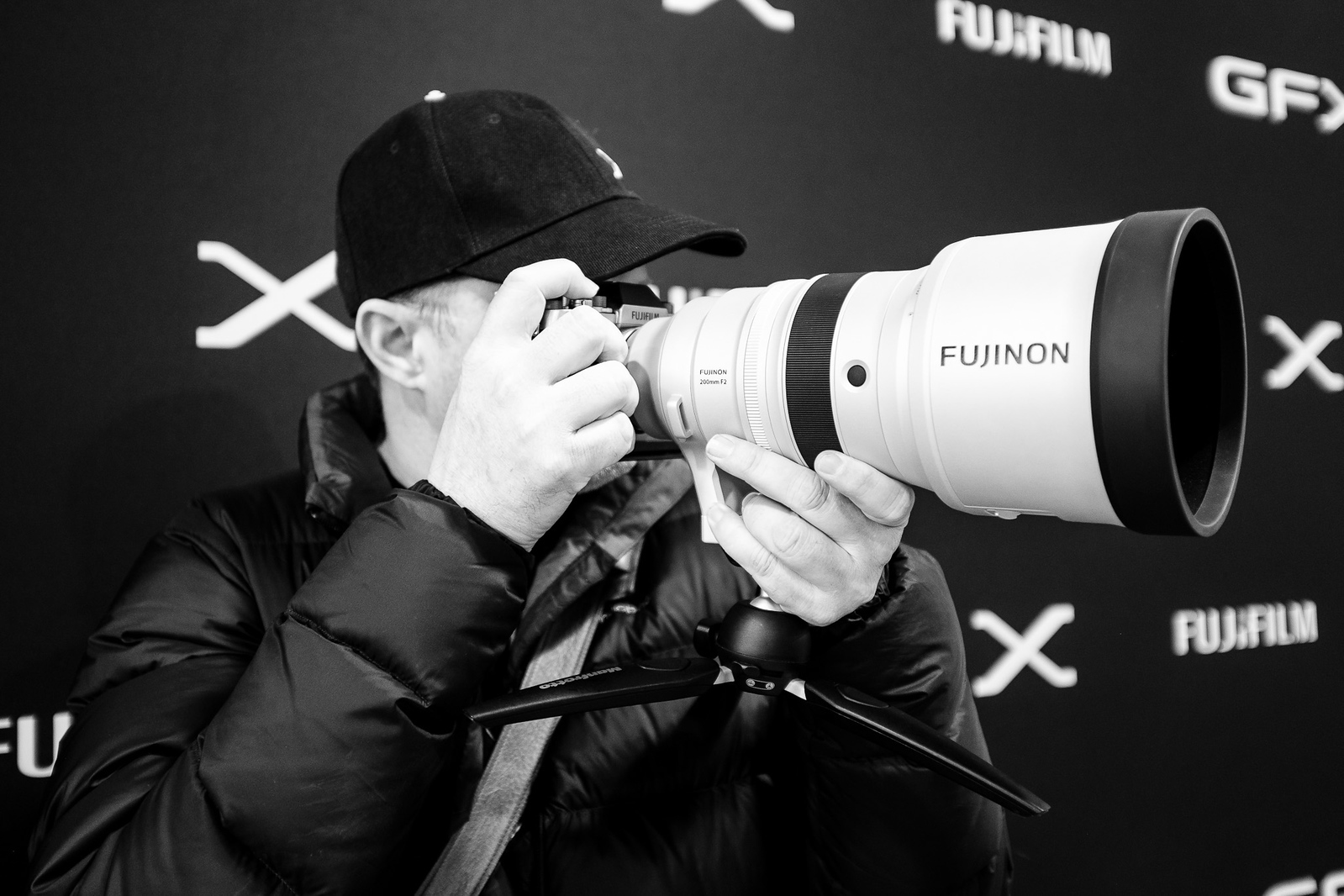 END_OF_DOCUMENT_TOKEN_TO_BE_REPLACED

A fellow photographer I know came up with this idea of speed TFP. For those who don’t know what TFP is, it’s an arrangement between photographers and models that gives the photographers a chance to shoot models and the models get the photos for their portfolios. 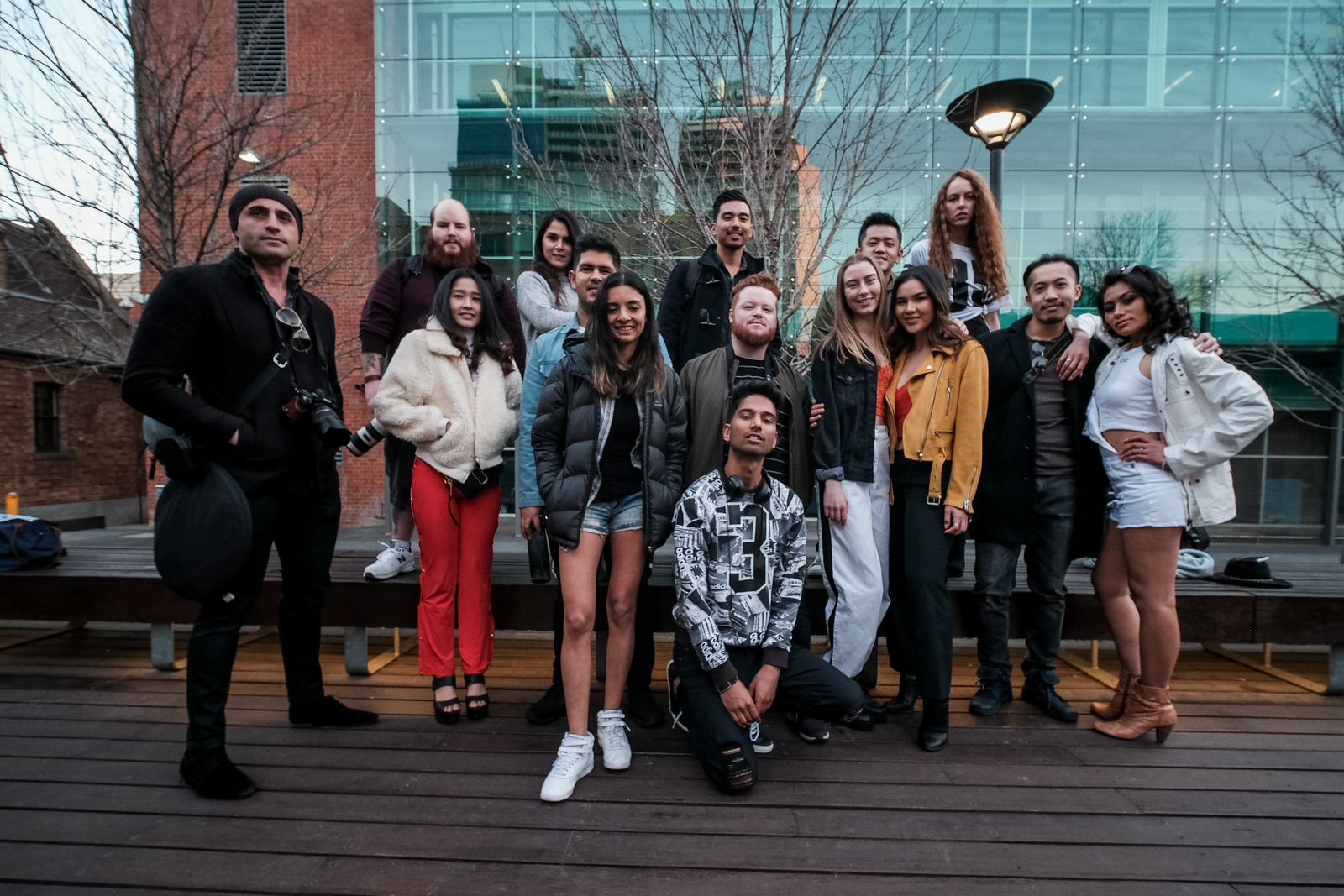 The problem with this arrangement is that models and photographers are time poor. People have jobs, social lives and most would rather be doing paid work so when it comes to TFP, models and photographers try to keep it to a minimum. You still need to keep your portfolio rolling over to get new work so it’s a catch 22. Doing a shoot can easily take 4 hours out of your day with getting gear prepared, getting to location and then getting the photos and realistically you only get a handful of photos for your instagram because the model and the photography can’t throw on 10 photos that look to similar. END_OF_DOCUMENT_TOKEN_TO_BE_REPLACED

I recently left a photography forum I have been a member at for 10 years. I’ll be honest and say I got sick of the constant snipes at mirrorless by DSLR users. This in itself wouldn’t have been that big a problem except if anyone dared to raise a harsh word about their gods of DSLR, it was immediately flagged as trolling resulting in warnings. Double standards from the mods who were, surprise-surprise, you guessed it, DSLR users.

The final nail in the coffin for me was a thread about the new Nikon mirrorless, and whilst I have no interest in Nikon I was interested to see the somewhat predictable behaviour of the DSLR users. For some obscure reason when a mirrorless post appears, DSLR users feel the need to go in and berate mirrorless despite having no interest in the systems. END_OF_DOCUMENT_TOKEN_TO_BE_REPLACED

My Fuji Life
Blog at WordPress.com.