After the 763rd post about the A7iii vs X-H1 on Facebook, dpreview and every other conceivable location on the web, I’m going to give my thoughts on it, and I’m not calling it a A7iii vs X-H1 comparison. I’ve called it “The real cost of changing systems” because that is the only thing that matters. I have no issue with healthy debates about camera brands and where they are headed. Argue about whether Fujifilm is making the right decisions and it’s constructive. Comparing camera bodies is like standing in the locker room comparing…yeah, you get the idea.

For some obscure reason we have been immune from a lot of the Interbrand rivalry prior to the A7iii, but the A7iii caused some stirs with users. Maybe it was the lack of sensor competition with not many competitors in APSC, or maybe Fujifilm lost its shine a bit with an X-H1 release that was overshadowed by the A7iii. As Fujifilm users, we’re not used to having outdated camera technology on the day the camera was released. Canon users having been living that life for 5 years.

I don’t have an issue with competition, it’s good for the market, it keeps everyone on their toes and ensures manufacturers stay competitive. I also don’t mind being honest, the A7iii is a better camera. There are two things that Fujifilm should have got right for the X-H1, battery life and improved AF. Do I have camera envy? Damn right I do, but camera envy is something you have to get used to in the photography world, because for at least half your camera’s life, it is going to be outdated by something else. 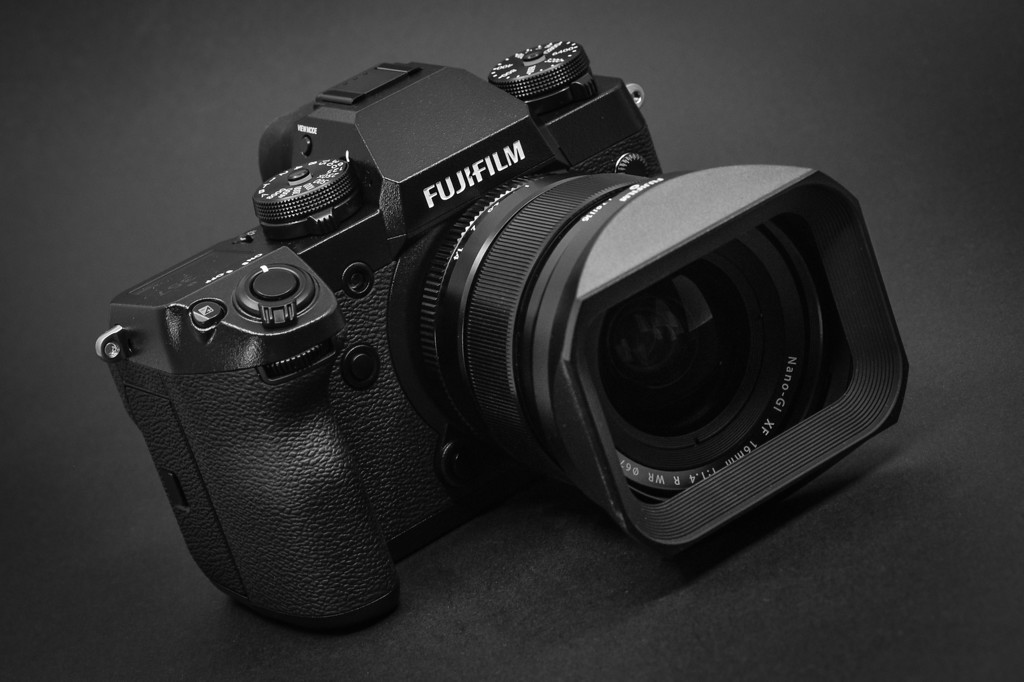 What I don’t understand is how people can sell their entire glass collection, and change systems for something like eye-AF, a piece of technology they have somehow lived without for the last 20 years but suddenly seems so critical, it can’t wait a year or two until Fujifilm gets it.

The oddity is if the X-H1 was released 12 months ago, people would have been happy. Because the A7 was released along side, it’s suddenly a terrible camera, when in reality it’s a damn good camera…it’s just not as good as the A7iii in certain areas.

The “reasons” for switching

Over the past 3 months I have heard some ludicrous reasons for switching, in fact, although calling them “reasons” is probably giving them too much credit. They are reasons, they’re excuses.

People change systems all the time. The DSLR to mirrorless or mirrorless to DSLR switch is one many people go through; lack of suitable glass might be another if you’re a wildlife photographer looking for a 400mm f/2.8; sub standard service or reliability from a manufacturer might be important if you have had ongoing issues with your current camera, you might even outgrow a system. The point is there are valid reasons for changing systems.

It is however important to realize that switching comes with a big price. You can get away with minimal impact moving from full frame to APSC because the cost of APSC glass is generally cheaper, but if you are doing the reverse and going from APSC to full frame, it’s not going to be a pocket friendly exercise.

For that reason, any switch should come with a healthy dose of caution because a change of system can put you a couple of years from a glass perspective . In previous years, we saw similar switching between brands, although it was mainly Canon and Nikon. Canon would bring out a new body with a higher frame rate or larger sensor and people would jump ship. Nikon would bring out a sensor with better high ISO performance and suddenly they’d be back. If these were ground breaking boundary pushing photographers, I could understand it, but 90% of the time they were taking unpaid photos of their cats.

Now, if you want to go out and change brand every couple of years and you have an endless supply of money, that’s your prerogative. It’s your decision. When you do it with a limited budget, and the decision is such that you’re stuck with second rate glass, I’m sorry, you’re an idiot. It may seem brutal, but as you sit trying to tell me how awesome the AF is on your new camera, I’m looking at your glass knowing that the money you spent would have been better invested in better lenses.

I watched in amusement in the Fujifilm group on dpreview while someone was telling me how he switched from Canon to Nikon Full Frame to Fujifilm and then to Sony. The final switch was as a result of his need to move to full frame because APSC wasn’t cutting it for him. That in itself would have been fine if it wasn’t for two minor issues:

1. The quality of glass he had was terrible, and I don’t mean that in a camera snob “I have better glass way”. I mean that in the way that it was clear his camera choices had impacted his glass budget substantially and it was impacting the quality of his photos. His entire 5 lens glass collection cost far less than half the value of his new Sony A7iii and one has to ask, would his investment in switching systems 3 times have been better spent on glass because he was putting his focus on bodies instead of glass and probably wondering why his cameras were taking decent pictures.

2. The quality of his photos gave no hint that APSC imposed any limitations, not in the slightest. Again, I don’t mean that in the “I’m better” way. I mean that in the way that everyone one of his photos could probably have been achieved by a relatively inexperienced photographer with a kit lens he wasn’t pushing the boundaries of APSC to any degree that it enforced switching.

Now you may think I’m being judgmental here, but when you’ve done the above and you walk into a forum post about the X-H1 vs A7iii and try to tell people how it was the best decision you made, you do put yourself in the firing line, and frankly speaking, if you get offended, you probably deserve it because you made a bad decision.

This in part is where the problem seems to lie. In the days of DSLR’s, bodies were released every 5 years so even the people with GAS had 5 years to build up lenses, but these days bodies are coming out every 18-24 months and people have forgotten about the importance of glass, which is ultimately where the quality of photos come from and why you are invested in a system.

The challenge is every time you change systems, you’re halving your glass investment to sell your current glass and buy new glass, not to mention the cost of speedlights, and other brand specific investments. A 5 year old speedlights that works perfect might be worth $100 but cost $500 new.

Now this isn’t an attempt to defend Fujifilm. This is an attempt to say think before you leap, whether you are on Sony, Fujifilm, Nikon or Canon. We all have GAS, I get it, I love the smell of a new lens when you open it, but at least use some common sense before you dump a brand chasing photographic utopia, especially if you are doing it at the expense of glass which is where the real quality lies. If you get GAS, buy a lens, whether it’s Fujifilm, Sony or a third party, but be smart about it and buy it in the same system

This guide was last updated on the 29th April.

When it comes to getting a new camera, it can sometimes be a daunting task. A number of people have asked me what settings to apply when you first get the camera, so this will cover off what I would recommend setting up and why. Some of this will be a bit subjective so if you disagree, you probably know enough about the settings to know why.

I’ll continue to update this article and include the date at the top of the article as I update to ensure that readers are aware of whether it has been updated to include a specific version. If you think I’ve missed anything in the article, please let me know at the bottom in comments. When I set this up I went through my menu’s looking at the items that were important to me, but I could well have missed something.

This guide is specific to the newer range of cameras, the X-H1, X-T2, X-E3 and alike, but most of these settings could probably be applied to almost any Fujifilm camera.